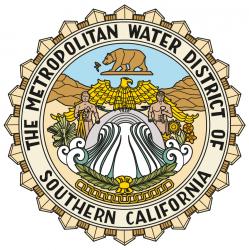 The Metropolitan Water District of Southern California might not be a household name. But if you’re a Southern Californian, there’s a good chance you get some of your water through Metropolitan. We serve 26 public water agencies — cities, municipal water districts and one county water authority — that then deliver supplies directly or indirectly to 19 million people in Los Angeles, Orange, Riverside, San Bernardino, San Diego and Ventura counties.

We have imported water from the Colorado River since 1941 and from Northern California since the early 1970s. We are the largest single contractor of the State Water Project and a major supporter of Southern California water conservation and water recycling programs, along with other local water management activities.

Whether it’s historic drought or the longer-term threat of climate change, we’re here to protect the region and provide high-quality affordable water in an environmentally responsible way.