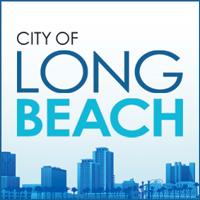 Incorporated in 1897, Long Beach lies in Southern California in the southern part of Los Angeles County. Long Beach is approximately 20 miles south of downtown Los Angeles, and is part of the Gateway Cities region. The Port of Long Beach is the second busiest container port in the United States and is among the world's largest shipping ports. The city is over an oilfield with minor wells both directly beneath the city as well as offshore.

The city is known for its waterfront attractions, including the permanently docked RMS Queen Mary and the Aquarium of the Pacific. Long Beach also hosts the Grand Prix of Long Beach, an IndyCar race and the Long Beach Pride Festival and Parade. California State University, Long Beach, one of the largest universities in California by enrollment, is within the city.

Part Time Paid Intern
Administrative Intern Non-Career - Public Works
$15.79 - $19.11 hourly
City of Long Beach Long Beach, CA, USA
The Department of Public Works  is pleased to announce the establishment of several internship opportunities throughout the Department in multiple areas of public works administration. These paid positions represent an incredible opportunity for current undergraduate and postgraduate college students to learn and gain hands-on work experience. We encourage you to read the position descriptions below and apply for the opening or openings you are interested in. One application per applicant will be used for assessing internship candidates for currently open intern positions. This recruitment will also be used for future intern openings. This recruitment will close when all open positions are filled so applying early is encouraged. Interns may occasionally be assigned tasks for different Divisions. Interns, which are classified as, at-will, non-career employees, are allowed a maximum of 1,600 work hours available over a 12-month period, and are considered temporary, at-will...

Email me internships from City of Long Beach